When you go from doing no sport at all to doing ultradistance racing, and when this change happens right as you turn 40, it's always going to look like some sort of midlife crisis.

But in reality, for me it was a happy accident. Perhaps I was always going to find ultradistance racing at some point, and it just happened to be right at the tail end of being 39. Either way, this is my life now. 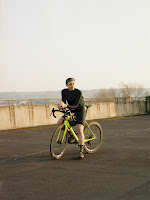 Perhaps the most fascinating part of this was to see my own body change. I watched this dispassionately, almost as if it were happening to someone else. I started out as an ultradistance runner, and this was what first started the change in my physique. I remember sitting on a train around the time I was building up to my first big race and noticing in an almost distracted way that my calves had ballooned into... well, whatever big calves are called. Cows, I guess.

Then, when I switched from running to ultradistance cycling, I had the same sort of out-of-body experience as I watched my thighs thicken up until most of my trousers no longer fit. The cows continued to grow too, and I recall almost collapsing in a clothes shop as I tried to pull a pair of fashionably skinny jeans over my ankles.

As I write this, I'm six days away from attempting to break the world record for cycling Europe's End-to-End: the 6300-km crossing between the northernmost point at North Cape and the southernmost point at Tarifa. The last months of build-up have been surprisingly stressful. This isn't like a race, where there are organisers to do a lot of your thinking for you - to narrow down your route options and specify the kit you need. It's all down to me, and there have been sleepless nights worrying about logistics. I seem constantly to be fighting the nagging feeling that, somewhere, I've made a monumentally stupid mistake of ride-ending proportions. I picture myself arriving in Norway only for the colour to drain from my face as I discover I've forgotten to pack any wheels. Or I imagine myself thrashing vainly at the pedals in the cloying dark of a Polish night, realising all too late that my route has taken me through some obvious hazard like St Adalbert's Sanctuary for Unusually Hungry Bears on Rollerblades. 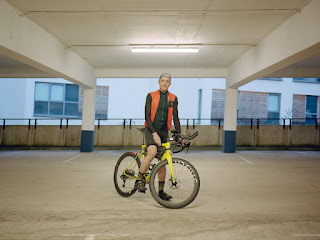 Just lately, though, the worry has started to ease. The importance I attached to the record attempt has started to ease too. With the event almost upon me, the anxieties are being replaced by a sense of peace as I realise that trying to break this record isn't the most important thing: what matters most has been the process of trying to become a better cyclist; the record attempt is more a means to this end than it is an end in itself. The months of training are necessarily their own reward, because if I didn't enjoy them, what was the point?

And just as my focus for this summer shifts from the event to the process of getting there, so do my thoughts about sport more generally. Ultimately, I see, what matters most isn't any particular event, or any particular season of riding. What matters the most is the pleasure I get from trying to improve year on year. And all the better that the legacy of this is a body that has thrown off years of podgy sloth to become a lean, efficient friend. The win-win situation is that, in enjoying becoming better at my sports, I also get gifts of health and fitness that I couldn't have imagined in my thirties.

All I now need is for wider trousers to come back into fashion and everything will be in place. 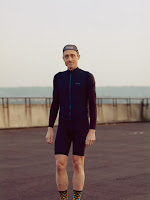